Discover the Higgs boson in a retro-style arcade game. 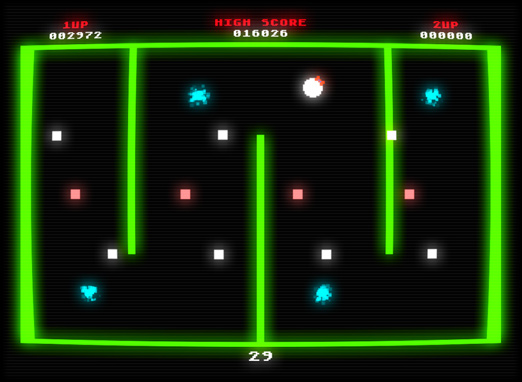 Ms. Particle-Man is a retro-style arcade video game for iOS, Silverlight, and Windows.

The goal is simple: Discover the Higgs boson! Play as Ms. Particle-Man in her search for the Higgs across three different collider worlds. Each collider ends with a showdown against an elementary particle. Collide with each boss to discover new worlds, abilities, and eventually possibly even the Higgs boson itself.

The gameplay, graphics, and soundtrack of Ms. Particle-Man recall classics of yore from the arcade, Atari, Commodore 64, and NES eras. The game is influenced by a variety of games, including Pong, Breakout, Asteroids, Ms. Pac-Man, Frogger, Donkey Kong, Pitfall!, and Super Mario Bros. 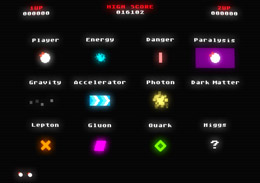 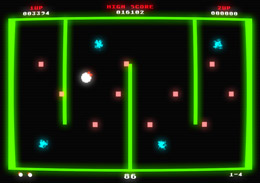 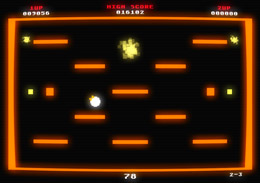 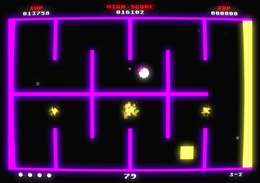 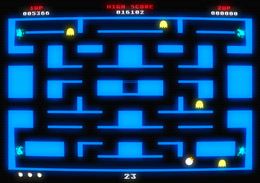 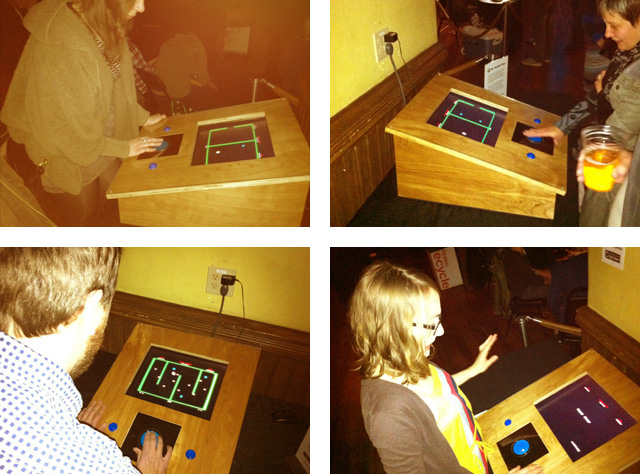 The cabinet features an arcade-strength lighted trackball and real arcade buttons, and it is powered by an external PC. Best of all: No coins required!

The cabinet was on display and fully playable at the following events:

Long-time Picobots friend and collaborator Mike Neuman helped build the cabinet. Without his generous time and effort, the cabinet concept would have remained merely a pipe dream, so my sincere thanks go out to him. You can read more about the cabinet construction here.

Ms. Particle-Man was originally created for Alverno Presents Sexy Results, a post-modern variety show inspired by particle physics and the search for the elusive Higgs boson. The event was curated by Cedar Block and held in Milwaukee Wisconsin on Februrary 18, 2012.

We are going to attempt to find the Higgs boson through art (including visual art, interactive work, music, video... maybe even a little dance and theatre). This is hearkening back to a book by Leonard Shlain called Art & Physics, in which the author argues that the two disciplines are not mutually exclusive, and in fact art is capable of making scientific discovery. We don't have a particle accelerator, but we do have a bunch of brilliant folks who may not be able to get protons and anti-protons up to the speed of light, but maybe we can smash those particles with enough "energy" and at the right angle to discover something new.

More than anything else, the true goal is to pay tribute to the scientists working at Fermilab, the national particle accelerator laboratory in Batavia, Illinois. They recently lost funding for the groundbreaking Tevatron, and we're both picking up the mantle for discovering the Higgs, and - much as we've done with artists at MAM - paying tribute to the passion and work of the under-appreciated scientists, and how they deserve our admiration, our awe, and our tax dollars.

It was a great show, and it was an honor to have Ms. Particle-Man be a part of it.